The miraculous survival of a new baby 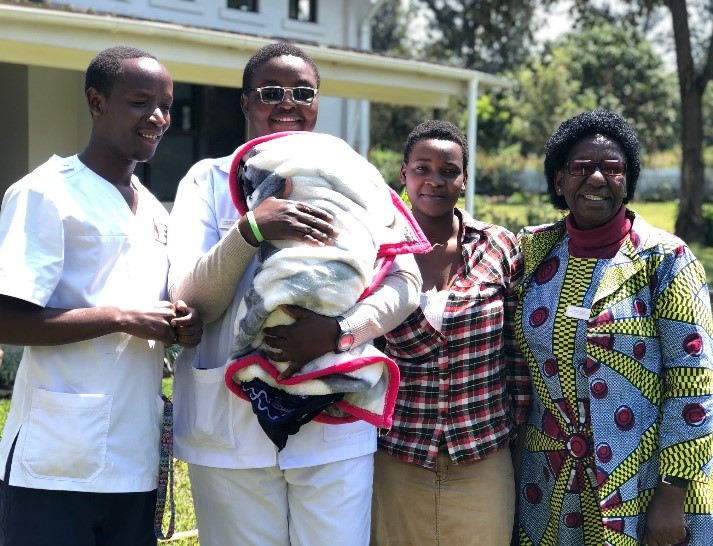 On the third day, the baby began to vomit blood. Maternity Africa referred him to a partner hospital, Arusha Lutheran Medical Centre (ALMC). The ALMC x-ray results showed that the baby had duodenal atresia, and ALMC’s surgeons operated on the baby.

On the day following surgery, during the surgical round the progress of the baby was observed to be poor, and a decision was made for another operation. However, after consulting the pediatricians, it was decided that Neema’s son should be placed on palliative care, because his intestine was so narrow and the prognosis was very poor.

Neema was counseled, and, sadly, her new son was indeed placed on palliative care.

Encouragingly, one week after surgery, although still vomiting, the baby passed stool.

Neema remained at ALMC for three more weeks with her baby on palliative care. Then, after 24 days, Neema and her baby were discharged home, understanding that her baby’s condition was still not good. The doctors did not know what to do.

Neema and her baby were then booked for follow up clinics. They attended two checkups and, miraculously, her son’s condition was improving with each visit.

Like many other mothers who come to Kivulini Maternity Centre, Neema comes from a poor family. She continued reporting to ALMC for the follow-up clinics, and all along she was waiting for the medical bill that she did not have the means to settle.

Neema was surprised to hear that, because of the kindness and generosity of Maternity Africa’s donors, Maternity Africa had paid the entire bill. She could not express her joy in words.

Neema’s son is progressing well. Neema and her family are very happy and grateful. Last week, Neema came with her husband to Kivulini Maternity Centre, wanting to see the people who paid for her baby’s medical bill and to thank them personally.