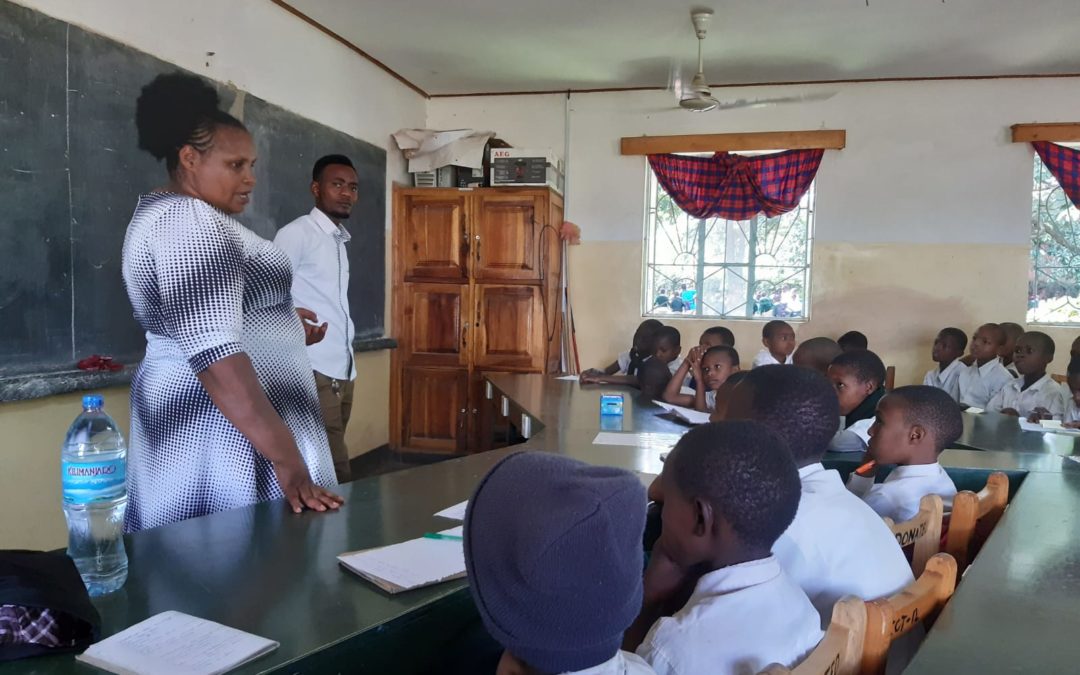 With 1.7 million people living with HIV in Tanzania (population around 60 million), the country continues to be a global priority for the prevention and treatment of HIV.

Over the last two decades, despite wide geographical diversity in absolute levels of incidence, adolescent girls and young women have been disproportionately affected by new HIV infections compared to male counterparts. To end new infections among the growing population of adolescents in the country, HIV prevention programmes must address the gender inequalities driving excessive risk among adolescent girls more effectively (Source: UNICEF).

In January 2021, some volunteers from Belgium, working at Ithemba Baraa Primary School in Arusha, approached Maternity Africa for assistance in providing some basic education for around 700 children aged 11-14. Given the high incidence of teenage pregnancy and sexually transmitted diseases – including HIV/AIDS in Tanzania – it is important for these young people to receive accurate information – in their mother tongue and in a locally sensitive context – to help them to make better, more informed life choices.

Maternity Africa’s midwives delivered a series of seminars over a number of weeks, sometimes with around 100 children attending each seminar, on a range of topics, including sexual and reproductive health, teenage pregnancy, HIV/AIDS and other sexually transmitted diseases. The sessions also provided the opportunity for the young people to ask a range of questions about their sexual and reproductive health.

Commenting on the programme, one volunteer said, “I was glad to see that the kids of Baraa really learned something with the classes of Maternity Africa. They were very interested in the subject and during the classes they asked a lot of good questions. The midwives /nurses from Maternity knew what they were talking about. It would be nice for the school if we can hold that programme for a few weeks every year.”