Leah getting ready for fistula surgery 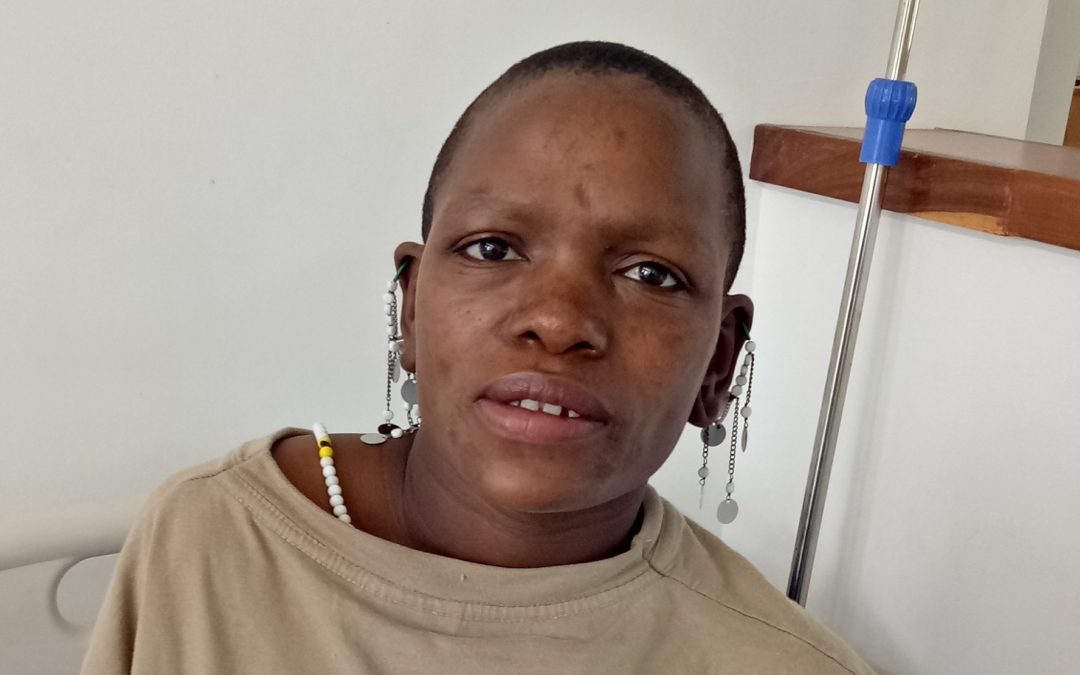 Leah is 21 years old.  She is one of six siblings, and has a twin.  She was adopted by a lady that had no children of her own.  However, Leah’s adoptive mother subsequently had a baby, and then she hated Leah.

Leah suffered greatly. She managed to escape and return to her parents, who were delighted to see her.  Her parents did not send her to school, so Leah stayed at home.  She entered into a relationship and became pregnant.  After some months, she had labour pains for two days, and was taken to hospital the next day.  The doctors checked, and found that Leah’s baby daughter had died in her womb.

As a result of her prolonged labour, Leah developed an obstetric fistula, resulting in double incontinence.  She was in severe pain, and remained in the hospital without treatment for ten days.  Her condition worsened, and she was recently transported to Maternity Africa’s Kivulini Maternity Centre.

We are delighted to say that Leah is recovering well, and will soon be preparing for specialist surgery to repair her fistula.