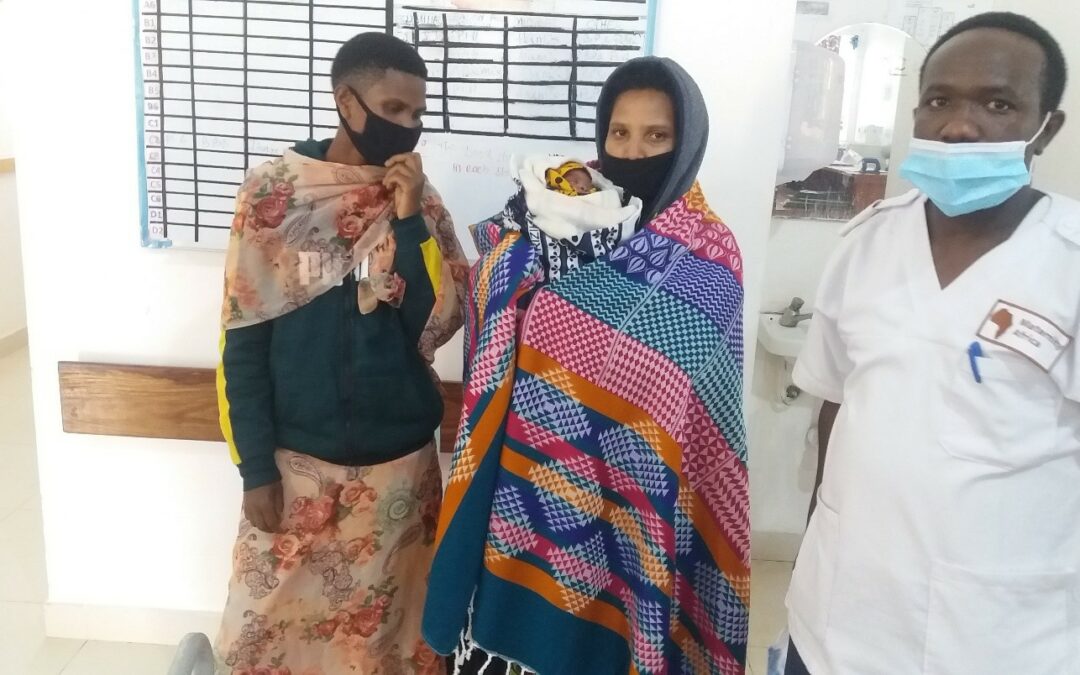 Jane (not her real name) is 15 years old, the eldest of three children.  She was attending secondary school.  Her parents divorced because of family conflicts.  Jane thinks it is because her father often got very drunk.  Whenever he gets money he will think only of consuming alcohol and not about providing for the needs of his family, including school fees.

Jane remained with her father and two siblings.  The home situation deteriorated, because her basic needs were not met.  She met a man who promised to meet those needs in exchange for sex.  After being in a relationship with the man for three months, Jane noticed some changes in her body.  She realized that she was pregnant.

The man disappeared.  So Jane went to look for her mother, and found her in the city.  At that time, she was 32 weeks pregnant, and was experiencing labour pains.  Two days later, she delivered a baby girl at Maternity Africa’s Kivulini Maternity Centre, weighing only 1kg (2.2lb).  Being so small, Maternity Africa cared for the little girl in its Neonatal Intensive Care Unit (NICU).  Two weeks later, Jane and her baby were discharged.