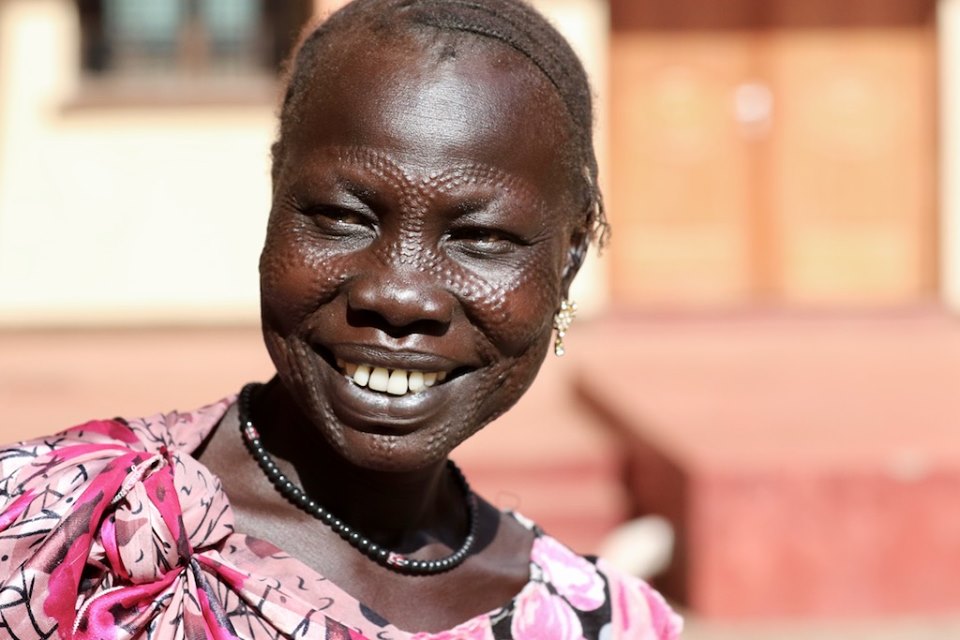 After leaving Kivulini Maternity Centre where he treated many ladies for obstetric fistula, Dr Andrew Browning flew to South Sudan. There, he operated on 30 women with birth-related injuries including obstetric fistula.

One of the ladies is called Pudol. She is from the north of the country and delivered her sixth child two years ago after being in labour for three days. Her baby son was born dead, and Pudol suffered a fistula.

Leaking continually, Pudol’s husband divorced her. The conflict in the country caused Pudol to flee to a displaced persons camp. Unable to work because of her incontinence, Pudol struggled to care for her five children.

Médecins Sans Frontières (Doctors without Borders) found Pudol and flew her to Dr Andrew’s hospital over conflict areas and roads that were closed by flooding. It was a terrifying journey for her.

Pudol’s face shows how the operation went. Every morning on the daily ward round she greeted Dr Andrew with a large smile saying ‘Bol ma fay’ ‘The urine is not coming!’.  All the 29 patients that Dr Andrew treated are equally joyous, although we won’t know if they are completely cured until two weeks after their operations.